All is not well: ground-breaking report shows • LGBTI • March 2016 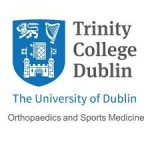 All is not well: ground-breaking report shows higher levels of self-harm and attempted suicide among young LGBTI people

The LGBTIreland Report, being launched today (22nd March) by Dr. Mary McAleese, details the findings of Ireland’s largest ever study of the mental health and wellbeing of lesbian, gay, bisexual, transgender and intersex (LGBTI) people in Ireland. The study was funded by the National Office for Suicide Prevention and undertaken by a team at Trinity College Dublin, led by Professor Agnes Higgins.

The report shows that a majority of LGBTI people aged 26 and over are doing well, report good self-esteem and are proud of their LGBTI identity. However, these positive findings are not shared across all age groups. The research found that LGBTI people still face considerable barriers to good mental health, including bullying at school, fear of rejection and discrimination, harassment and violence and negative attitudes and stereotypes.

“Some of the findings of The LGBTIreland Report are harrowing, showing higher levels of self-harm and suicidal behaviour among LGBTI teenagers as well as worrying levels of severe and extremely severe stress, anxiety and depression. Being LGBTI in itself doesn’t increase the risk of poor mental health. It’s the experience of being bullied, being rejected or being harassed because you are LGBTI that leads to higher levels of self-harm and attempted suicide” said Odhrán Allen, Director of Mental Health at GLEN.

“The findings are stark. 56% of LGBTI 14 to 18 year olds had self-harmed, 70% had suicidal thoughts and 1 in 3 had attempted suicide” said Dr. Carol-Anne O’Brien, Director of Advocacy at BeLonG To.

“This scholarly report is as essential and revealing as it is horrifying. The ongoing damage is undeniable. That it involves so many young people is tragic. That it is soluble is the good news” said former President of Ireland, Dr. Mary McAleese, speaking at the launch.

“This hierarchy of risk reflects the fact that more progress has been made on reducing homophobia in Ireland than biphobia and transphobia. This hierarchy of progress highlights the need for increased advocacy and support for bisexual, transgender and intersex people and to address the diversity of needs within the LGBTI community,” continued Professor Higgins.

Gerry Raleigh, Director of The National Office for Suicide Prevention (NOSP) said “The national suicide reduction strategy ‘Connecting For Life’ has identified the LGBTI community as a priority group for suicide prevention. The aim of the strategy is to reduce suicide and self-harm among the whole population and among priority groups by ten percent over the life time of the strategy. The data within this study is critical in designing and evaluating evidence informed approaches to suicide prevention among this priority group.”

“It is important for LGBTI young people and their families to know they are not alone. There are LGBTI youth and community services across the country. Schools, mental health services and other support agencies are being increasingly proactive about creating safe and supportive environments for the LGBTI people in their care. The report highlights the urgent need to accelerate this work. We look forward to working with these partners to achieve a better Ireland for LGBTI children to grow up in” said Dr. Carol-Anne O’Brien.

“The past continues to exert its negative legacy on many LGBTI lives. It is clear that stigma, rejection and discrimination are still a reality for many LGBTI people in Ireland. These unnecessary and preventable stresses that LGBTI children and teenagers still encounter as they grow up are reflected in the higher levels of self-harm and attempted suicide uncovered in the study. However, the progress achieved for Irish LGBTI people in 2015 gives us solid ground for the urgent work necessary in our schools, communities, workplaces and in our homes, to ensure that all LGBTI people are equal, safe, included and valued across Irish society” concluded Odhrán Allen.

Connecting for Life involves preventive and awareness-raising work with the population as a whole, supportive work with local communities and targeted approaches for priority groups. The strategy proposes high-quality standards of practice across service delivery areas, and an underpinning evaluation and research framework. This wide reach presents unique implementation challenges. The whole-of-government, multi-agency, inter-professional, expert-by-experience, local/national focuses will involve multiple stakeholders across and between levels of government and governance.