What is the effect of your win. Has it been life changing in any way?

Winning miss gay tipp has not really been life changing except a few people actually recognise me now.

Why did you enter?

I entered because I thought this is something so out of my comfort zone and at my age I decided to try something new. 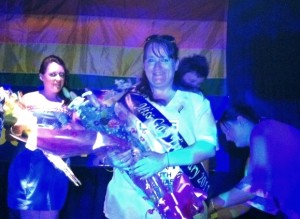 Tell us a little about yourself?

I’m forty two. Live in a small village in South Tipp. I have three teenage children. I love the craic but I’m also a good listener.

Where do you go from here?
Are you looking forward to Limerick?

Of course I would love to win Ms Gay Ireland. I would also like to work with teenagers and young adults who are struggling with their sexuality and let them know that they don’t need to turn to drink and drugs to cope with it.

Im having mixed feelings about Limerick. I’m excited but so nervous too.

How did you feel preparing for the Ms/ Mr Gay competition? The build up? On the day? 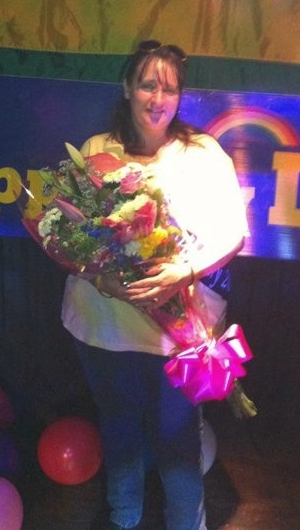 On the stage? Winning?

I was entered at the last minute and as I don’t like public speaking I was so nervous I had knots in my stomach on stage. I tried to make it an enjoyable experience though. When I won I was speechless I think it was half an hour after that it finally dawned on me.

Be yourself and never judge others by first impressions cos we all have bad days.

I chose the ‘Irish cancer society’ because I lost my mother to cancer and I think most people have been affected in some way by cancer and the effects of it.