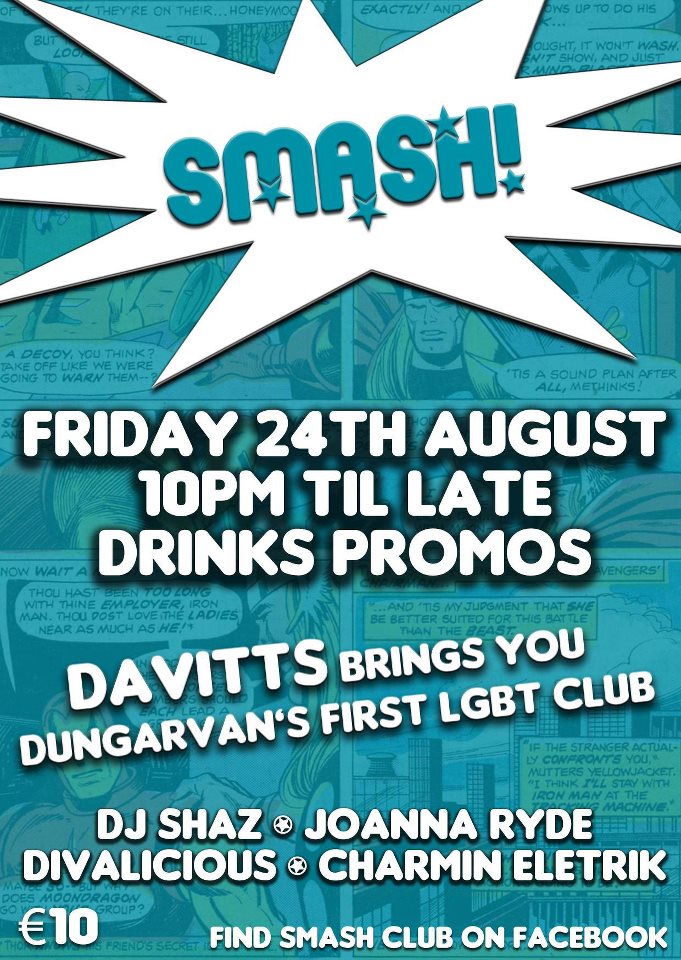 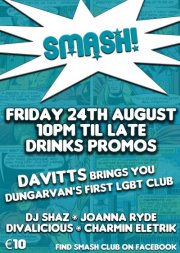 Smash! is a brand new clubbing experience. The concept is simple – take a venue, throw in some of the best-loved drag queens around, mix with the hottest DJs out there and add a little sparkle!

Smash! brings you the best in chart & pop music, drinks promotions and entertainment. The team has years of experience in LGBT clubs around Ireland with drag stars Joanna Ryde, Charmin Eletrik and Divalicious hosting and DJ Shaz on the decks.

Dance, drink and have a smashing night. You know you want to! 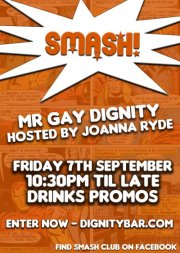 We’re also holding a special Waterford edition of Smash on the 7th of September for Mr Gay Dignity.

Dignity is teaming up with Smash! to bring you Mr Gay Dignity! The winner will join Mr Gay Waterford as the second Waterford entry at the Mr Gay Ireland final in Dublin in October.

Hosted by Joanna Ryde with DJ Duggan playing til late. To enter get in touch with us here.

Dance, drink and have a smashing night. You know you want to!

The Carlow Smash! is taking place on the 14th of September in The Temple in Carlow. DJ Shaz will be DJing and Joanna Ryde, Charmin and Diva hosting. 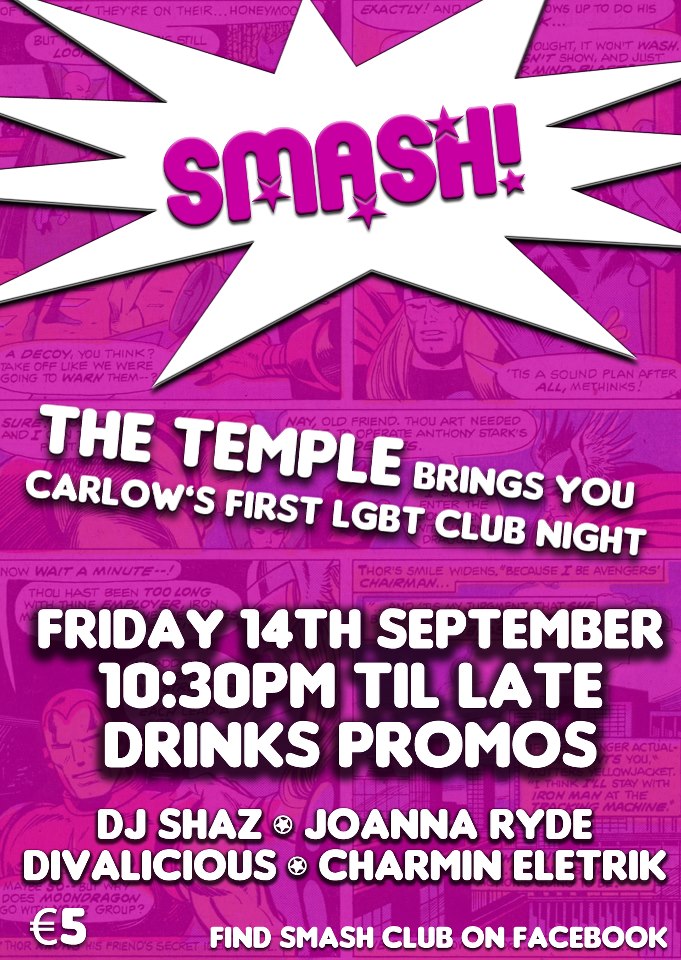