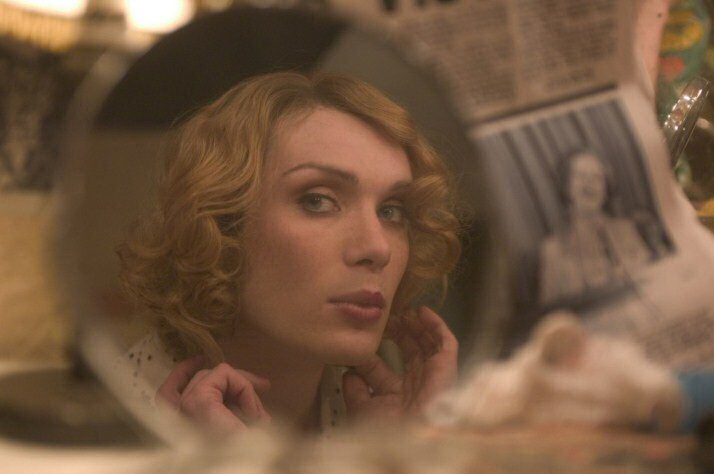 Set in the 1970’s, Breakfast on Pluto follows the exploits of Patrick Braden (Murphy), an endearing, but deceptively tough young man. Abandoned as a baby in his small Irish hometown and aware from a very early age that he is different, Patrick survives this harsh environment with the aid of his wit and charm, plus a sweet refusal to let anyone and anything change who he is. 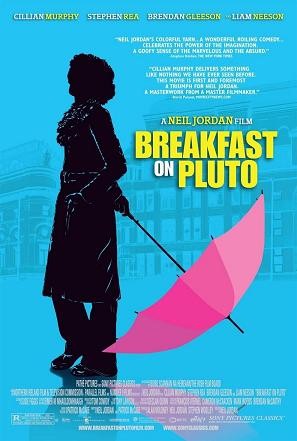 The foundling lad, Patrick “Kitten” Braden, comes of age by leaving his Irish town for London, in part to look for his mother and in part because his trans-gender nature is beyond the town’s understanding.

She’s taken in by a rock band, falls for the lead singer, has brushes with the IRA, is arrested by the London police, works in a peep show, and poses as a survey researcher for the phone company. Throughout, his nationality and his nature put her at great risk. In her search for his mother, she makes surprising discoveries of friendship and family. But will she survive?

Breakfast on Pluto is a 2005 comedy-drama film directed by Neil Jordan and based on the novel of the same name by Patrick McCabe, as adapted by Jordan and McCabe. This dark comedy stars Cillian Murphy as a transgender orphan searching for love and her long-lost mother in small town Ireland and London in the 1970. wiki/Breakfast_on_Pluto_(film) Breakfast on Pluto website

Follow
This entry was posted in Trans* and tagged Breakfast on Pluto, Cillian Murphy, Patrick "Kitten" Braden. Bookmark the permalink.