As editor of the Trans*Wexford facebook page, hosted by Gay Wexford, I regularly seek Trans* stories to share on the page. May appears to be the month of Transgender children. A positive trend? In the stories highlighted below we’re shown the healthy aspects of children coming to terms, or rather their Parents, Teachers and adults around them, with their real gender. It would have been good to share some Irish stories too.

Transgender children: Learning to listen to their reality By Petula Dvorak, Published: May 20 in the Washington post

Kathryn wanted pants. And short hair. Then trucks and swords. 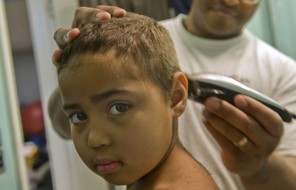 Transgender at five: “I am a boy,” she insisted at age 2. It became a constant theme in struggles with her parents, who eventually concluded she wasn’t just a tomboy. Then, they had to figure out how to handle it.

Her parents, Jean and Stephen, were fine with their toddler’s embrace of all things boy.

They’ve both been school teachers and coaches in Maryland and are pretty immune to the quirky stuff that kids do.

But it kept getting more intense, all this boyishness from their younger daughter. She began to argue vehemently — as only a tantrum-prone toddler can — that she was not a girl.

Five-year-old Tyler, known until last fall as Kathryn.   After much angst and much research, Tyler’s parents made two difficult decisions.

(Dvorak has not used the family’s full names.)
Transgender at five–

Introducing Our Parents’ Generation To Transgender Children Can Be Hard But Rewarding
Posted: 05/16/2012 11:22 am .huffingtonpost.com by Wayne Maines

“I said, “Listen, you cannot ever say you hate the President. He is our President and Commander-in-Chief. You can say you disagree with his policies, but you cannot say you hate him.” My little boy looked up at me, scared and looking a bit puzzled because of my harsh tone. I was on edge because I had just come from a school meeting to address the bullying and harassment that his sister was being subject to at school. I said, “Hate is such a strong word, lets not use the word hate in our family.” The grandfather looked at me with a smile, extended his hand and said “you’re a good dad.” I shook his hand and said, “There is another reason why I needed to teach my son about hate at such a young age. You see, he has a twin sister who is transgender. She was born as a boy, but is a girl trapped in a boy’s body. …more

These are children who have taught us that our gender does not lie between our legs, but 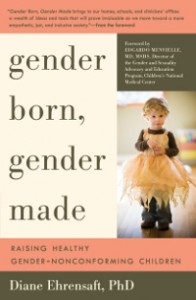 between our ears,” Diane Ehrensaft is an advocate for transgender children, a parent of one herself and the author of the recently published “Gender Born, Gender Made: Raising Healthy Gender-Nonconforming Children,”

Alice Walz is a mother of three children: two boys and a girl. Her daughter, however, was born a boy named Brogan. Around age 3, Brogan started saying that he was really a girl…. more

Transgender Teen’s Journey From From Meghan to Mason “Really, Really Good”
By Bruce Hensel |  Friday, May 18, 2012

Transgender surgeries are becoming more popular, especially among teens. Doctors say the teen years may actually be the best time, both medically and emotionally, for this type of surgery more

It’s not all blue and pink: A glance at Manchester’s transgender community
By Jessica Wilson 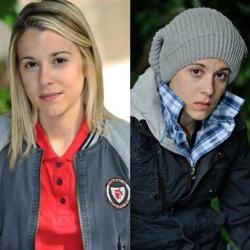 In Native American tribes, the twin spirited body is the most prized gift of nature.
A berdache, or two-spirit, is someone who possesses two souls within one body- one male and one female. …

But what if the soul of a person doesn’t fit inside the body they were born in? What if a little boy believes he is a girl? Or if a little girl desperately wants to grow into a man?
As much as 3% of the UK population feel this way. more