Ok, this is where the whole thing gets tricky. You’ve done it all. You’ve gone through the confusion and the hard stuff and all this business and you did it. You came out to yourself and to others. 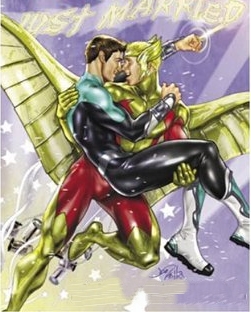 So, what to expect now? First things first. There is a multitude of reactions you can expect. Some people will be totally cool with the whole thing; others mightn’t be. Just ask yourself who the important people are. If some people don’t understand what you’re on about, then that’s their problem. You’ll have to find out for yourself how important it is to YOU that they understand.

There is one big aspect and that’s how your family will take the whole thing. Underneath it all we just want to be loved and accepted by the ones close to us. If that takes them some time, for example because they have a very traditional background, give them time to understand the situation. Be patient but also firm. It’s not a phase. It’s not something that will just go away. And it doesn’t change who you are. Chances are that they will cop on sooner or later. That all might sound a bit negative here but there are realities that not all people throw a party when they are told about their loved ones are lesbian, gay, bisexual or transgender that’s silly but it’s true. If time doesn’t help or you get impatient, then do what you have to do. Find your own folks, even if they are not related to you by blood.

There are people out there who will take you just the way you are. And not only as partners but most importantly as a human being. As You.!

There is just one other inconvenient little secret we feel we need to share here. Sometimes when you’re going through the whole coming out business, you think that when you’re done things will just be strawberries and sunshine from then on. 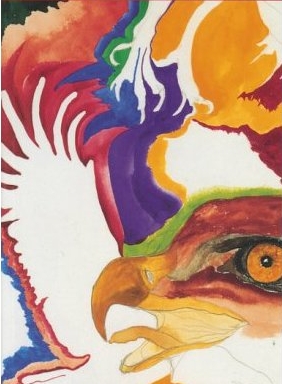 Well…. It might be but there is one thing: you’ll still be human. An LGBT human but still one with a bad hair day, PMT or a bad hangover. Your sexual orientation and gender identity are important parts of your life but they are just parts of the puzzle that make you.

So even after your coming out you might still have to deal with the fact that you don’t like your right big toe, think that you should be a size -10 and all this weird stuff that keeps you from being happy. All we wanna say here is that coming out is not a magic wand for all the monkeys on your back, so you still might have to deal with other things like animal control to get rid of them. We are family… Or so… Well, yes, we have all danced to that song before, haven’t we? The big happy gay, lesbian, bisexual and trans family.

But let’s give it a reality check here. We might share a lot of experiences and a lot of problems at times but there are certain things we do not share. Only because we like somebody from the same sex or we want to change ours, that’s not all we are!

When you come out as LGBT, you still have more than that going for you. Your sexual or gender identity is an important part of who you are but it’s not all you are.
And that’s quite an important thing in your coming out because it will have a huge influence in how the whole story is going to go.

Let’s talk about your background here and who you are. Do you live in the city or in the countryside? Are you a culchie or a Dub? If you are a Dub, what part of the city are you from? Depending on attitudes and backgrounds there, people might react very differently to your new found identity.

And then there are those who are not even from the Green Isle. Ireland has become home for people from so many different countries and cultures now. Some of those cultures are very accepting of LGBT identities and some are less accepting. So depending on what culture you are from your folks and yourself might have a harder time accepting who you are.

Without going into stereotypes here, it might be easier for a totally liberal, no-denominational and hippie crowd to accept you as LGBT than for a very conservative or even fundamentalist religious community. So, even though coming out is not an easy thing to do for anybody, it can be a good bit harder if you are from a stricter or more closed background. Time is the key again and building up social networks that will help you. Just in case you and/ or your folks have a hard time of coming to terms with you being LGBT. 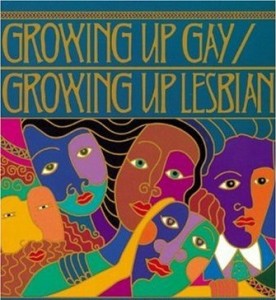 Don’t panic! Even if you are a devout fundamentalist who lives in one of the roughest areas of the country and has a conservative family who wants to light torches when they hear “homosexuality” mentioned, you are NOT the first person from the same background who has gone through a coming out. It can be done! And if you’re stuck, then ask those who have already been through the whole thing and come out the other side as safe and sound rainbow people. “I guess I was pretty lucky because most of my family accepted me being gay. My dad is transgendered, so I told him first naturally. Yet it was still one of the most difficult things I ever had to do in my life. It’s tough no matter what but things usually work out for the best in the long run.”