To begin with, I’d like to thank the contributer from Wexford for their story. For some the following story may have a familiar ring to it, even today. If so, I for one hope you’re not under the age of 25 by actual birth date. Under 25 in your imagination that, is another issue altogether. The following events occurred during the early 80’s. Today many teachers are more aware of the issues, though often tied by school protocol in what they can do.

I was in second year secondary school, an all girls, school for young ladies and sitting in the guidance councillor’s office. Miss B had been out of the room 15 minutes. We’d been taught don’t wait more than a 1/4 of an hour for anyone. The Religious Education room was across the hall & empty, I planned my escape.

How did I arrive at this point? The story began a few years before in fifth class, primary school. I’d met ‘Her’. ‘She’ was the most beautiful girl ever, only recently moved to Wexford. We had so much in common, music, art, yet! there was ‘one’ slight problem, even at that young age she was obsessed with boys. Kids developed faster in Gorey than Wexford, in those days.

First year of secondry school was a malestorm of activities, a time of change, coming to terms with me. Choir, swim training, singing, hockey, music, art, gymnastics and of course the new school curriculum, timetables. By second year I believed that the difference between me and my peers was greater than I’d thought. I liked girls. I sought more information. But where do I get it? Library? I went to the new school councillor Miss B.

There had been a change of criteria for councillors from strictly career guidance it now included the personal development of the girls. I’d arrived at my appointed time. I tried to explain how I felt isolated, I had a different outlook from the other girls. I really hadn’t the vocabulary for being gay, I explained about my friend, my feelings, the change in our relationship. Miss B asked, over and over, if I found myself crying for no reason. Half an hour into the session I saw an idea dawn on her. Suddenly she had urgent business & I was to wait there. 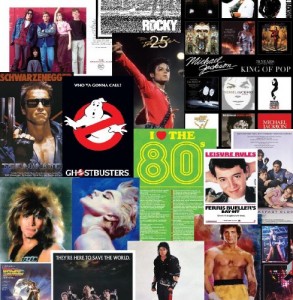 Having waited the fifteen minutes,  I slipped over to the door. The passage was clear, about to scoot across the hall, I recognised a voice, two, no three. Miss B was at the top of the stairs, down the hall talking loudly to C & S, two girls from my class. Retracing my steps, horrible suspicions rolling around my head. Moments later, she returned. I made a number of excuses not to be there, I couldn’t get away fast enough.

Outside I was relieved not to see C & S and made a b line for the locker room. Almost there, when my name was called. I turned C had her best good samaratin face on, S was livid. A few expletives ran through my mind too, my sense of humor took over. I recognised someone with a crush & an exclusivity clause on their friend. Out of sheer devilment I said yes to their proposal, OK! I couldn’t think of a way to say ‘no’ without being offensive. Share lunches with them, ‘gooseberry much’ . It didn’t last long, I was a busy young woman. The councellor Miss B had decided I was friendless, with all my activities, seriously!.  At the parent teachers meeting she proudly gave the details and her solution to my mother, who discussed the conversation with at least two more of my teachers and came to her own conclusions. In any case I didn’t get the information I needed then, educational though the experience was. Luckily I was a voracious reader & knowledge will out when required. 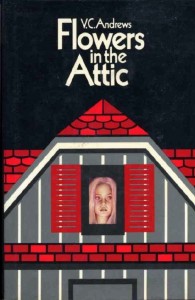 Flowers in the Attic is a 1979 novel by Virginia Andrews. Regarded as most unsuitable reading for young ladies at school in the 80's. It had been banned around the world & forbidden fruit.

‘Coming out’ again and again while in college I was told ‘it’s just a phase’.  Another said ‘so & so’ and ‘so & so’ are gay too. One person was relieved it meant she wasn’t ‘loose’ because I’d shared a hotel room with her male friend to save money (students?) and didn’t sleep with him, where as she would have been all over him, go figure??.

The ‘coming out’ is mostly easy, but then I’ve known me a long time. Occasionally heart wrenching, at times gut wrenching and sometimes non voluntary. Until society learns not to assume everyone they meet is straight ‘coming out’ is a fact of life.

As for C & S well that is another story & not mine to tell.

Today in schools little has changed for LGBT students, they still have the feelings & the self knowledge. Teachers can’t help. On the upside they do however have the language, TV & the internet.

Here’s a thought.  Name one lesbian icon from the 80’s? The 90’s had KD Lang, Martina Navratilova &  Sandra Bernhard on & off ‘Roseanne’, Ellen DeGeneres.