American Lesbian Comedian Kate Clinton’s Quote used  in GW Issue 1 started the ball rolling. Quote included In innocence the reaction the uncredited quote got from local lesbians insured a following from that quarter if only to see what he said next.

The unatributed quote on the back of the July GW issue caused a bit of a stir. “Some women can’t say the word lesbian…. Even if their mouth is full of one.” This quote is from the American comedienne of 25 years, Kate Clinton.

Kate specialises in political commentary from a gay point of view. She describes herself as a ‘fumerist’ that is a feminist, humorist, her goal being ‘to prove  that being a lesbian can be funny and often is.’ http://kateclinton.com/ no www required. 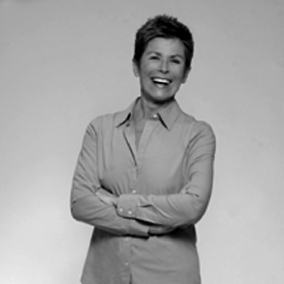 Come on ladies! We all know at least one person to whom this quip applies, male & female. The ‘gay’ who once in a blue moon comes onto the scene with or without partner, they sit to the side, then spend years critising the group and events, even those unwitnessed by themselves. These individuals invariably cross the road, skirt around an aisle or like; when they see someone they’d met on the ‘scene’. As though the rule of mutual knowledge doesn’t apply.

This appears to be a phenomenon nation wide. It was mentioned in a subtle manner on the new website www.ladylist.ie. A site that reports to romote lesbian social activities around Ireland. They are not inundated with submissions. Check it out. As for the critics put your money where you mouth is. Organise something and spread the word.

As a gay woman involved with gay community groups in Wexford since 1996, I’ve found predominately the volunteers and participants have been male. Women participating briefly then ‘disappearing into the sunset’ upon finding a ‘mate’. When I’ve questioned people about this, I’ve been told that they have gotten what they wanted, they have what they need and don’t require further involvement. Even from a social point, many are reluctant to come along to events. Use it or lose it! 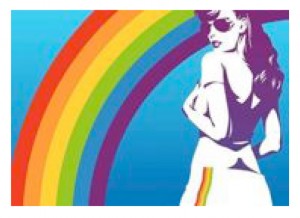 Since my coming out there have been occasions when I and others of my acquaintance have been grateful that a gay social group has been available in Wexford,  for support and as a healthy outlet. Some have received support because of appalling cruelty directed at them. All of the gay community groups I’ve been involved in were initiated by women then developed and maintained by men. I kid you, not.

Some women say the groups are not conducive to women’s participation, yet if women won’t get involved in the process how can an entirely appropriate service be provided. Individual women have requested ‘make-up evenings’ and ‘women away weekends’, funded trips or age specific to under 25’s, over 40s women ‘theme evenings’ would be a great idea. EAGLE has offered to subsidize a few of these in the same way some of the sports evenings are subsidized. But when the chips are down, feedback requested, women don’t comment much less attend.

As a woman I ask, if you want EAGLE to provide for you, get involved, don’t complain behind our backs.”

Be heard, not herd!

Re. ‘Finding the Lesbians’

For many years now I have been sporadically lifting my head above the parapet to see if I’m still the only lesbian in the sticks. I have put ads out for the south-east in GCN and responded to the launch of the “ladylist website” and got no replies. So apparently there are women around and about.

I’ve come to the conclusion perhaps getting organised is not a strong point or even a raison ‘etre (self included). But there comes a point in every gal’s life where support is needed, loved , appreciated. Support of fellow gays and lesbians is doubly validating at difficult times. This can be hard to come by in the country. Perhaps that’s also true for bigger cities like Dublin or Cork but it may be easier to go looking for and finding it there.

Then there are the happy times – how wonderful to share those joyful moments of our authentic selves in the safe company of friends. A BBQ, soccer tch, beach outing, garden visit, hill walk, horse ride, theatre or film night or even a city trip.

Wouldn’t it be great to add these to life’s lesbian memories?

It is a concern to read that women seem to couple up and then disappear into the sunset. Surely there’s always room for more friends? And there are some singletons out here, and we are certainly looking forward to future developments in our neck of the woods!

Bebo has passed it’s sell by date. Facebook is changing by the hour. Online dating sites Gaydar girls, Parship.ie etc get mixed reviews. Smart phones ‘meet ‘n’ greet, your beau’ apps are on the rise. There are more gay womens specific clubs in Dublin and general groups, LGBT nights around the country. What is your experience, has technology helped or hindered?

Are gay women “Finding the Lesbians”?

MaryB has been around, loved a lot & lived a little. Thoughts, frights & flights of fancy. MaryB has been there and back again. Yep! there's a little MaryB in someone near you. *** There is a little Mary B Goode in everyone. *** Share your story editor@gayse.net
View all posts by MaryB →
This entry was posted in Introduction, That's Life, Wexford and tagged "Finding the Lesbians"?, Countrified Mary, EAGLE, Kate Clinton, life's lesbian memories?, “Some women can't say the word lesbian.... Even if their mouth is full of one.”. Bookmark the permalink.