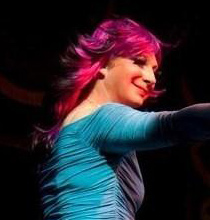 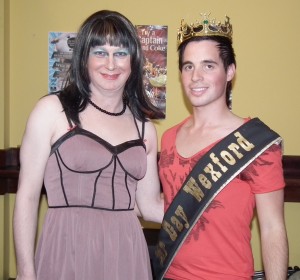 Victoria  will  be  doing   various  things  around  the  Country this  Christmas  and  the  New  Year   will bring   Dignity  Apprentice , a new Web  Site   and various  other things   yet  to be  confirmed.

So get  your selves  out  there and  get  TAMPAXED

Drag Diva Miss Victoria De Tampax, originally from Wexford currently based in Waterford. You may book her for that big event @ http://www.facebook.com/pages/Victoria-De-Tampax/ http://www.victoriadetampax.webs.com/ http://twitter.com/missdetampax
View all posts by Victoria DeTampax →
This entry was posted in LGB& and tagged 2010, Craig O'Toole, Dignity Apprentice, Dragitors, Gay Pride, get your selves out there and get TAMPAXED, Kilkenny, Mr Gay Wexford, Ms Congeniality, Ms Gay Ireland, Ms Gay Wexford, Out For The Weekend, Sorcha Slaven, Victoria De Tampax. Bookmark the permalink.