On the 3rd of October David Noriss renewed his campaign with a whirlwind tour of the Southeast. Kilkenny, Wexford and Waterford.  Kevin Kelly of LGBT Parents Southeast was part of the Waterford contingent who met Senator David Norris

David Norris arrived after 5.00pm. His official car was stuck in Wexford, the wrong fuel had been put in at the pumps, it ceased outside ‘Sidetracks’ on the quay, Wexford. He was chauffeured from Wexford by one of the locals. 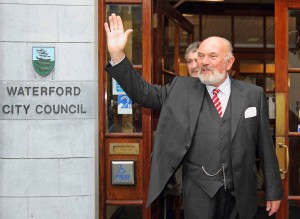 Kevin Kelly: “In Waterford there was a good turnout. We were given tee shirts, badges and flyers to hand out to people. He stopped for a while, had a chat with us all and continued up the town, through the City of Waterford.  Stopping people to give them leaflets. David would say who he was, what he stood for. He’s a great listener. I think he’d make a great president.

Having heard all the candidates how do you think
David will do in the election? (early October 2011) 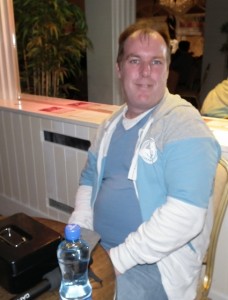 I think he’ll do well, at the moment he’s second in the polls, the past should be put behind him. Every one has done things wrong. So has he and every other candidate. They’re not having it thrown in their faces nor should it be thrown in David’s face.

What do you think he can bring to the
position of president?

Is there anything in particular that having David Norris
run for president is an advantage?

It will be great for the gay community, as a role model. Hopefully he’ll get to sign in full marriage. It was him who set down the foundation for the civil partnership bill. It would be nice to have the first ever gay president in Ireland. The world!

On a personal note you enjoyed speaking to him, were you
excited to meet him?

I was nervous, I wasn’t sceptical, only nervous, it was the best thing I’ve done, because of who he was & who he is. It was great. He was great crack. He was brilliant.

Kevin Kelly is the founder of the LGBT Parents Southeast. Kevin was inspired to start the group when he heard the harrowing story of a transgender woman and the family problems she’s experienced since starting her transition. This group supports Lesbian, Gay, Bisexuals and Trans* parents. With meet ups, days out for parents and children and sharing information. 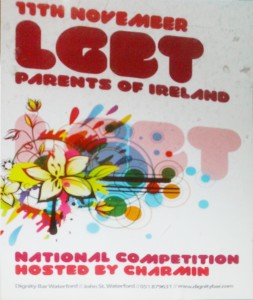 To promote and celebrate wonderful LGBT Parents around Ireland  a competition is being held in Dignity hosted by Charmin on the 11th of November at 9.00pm. 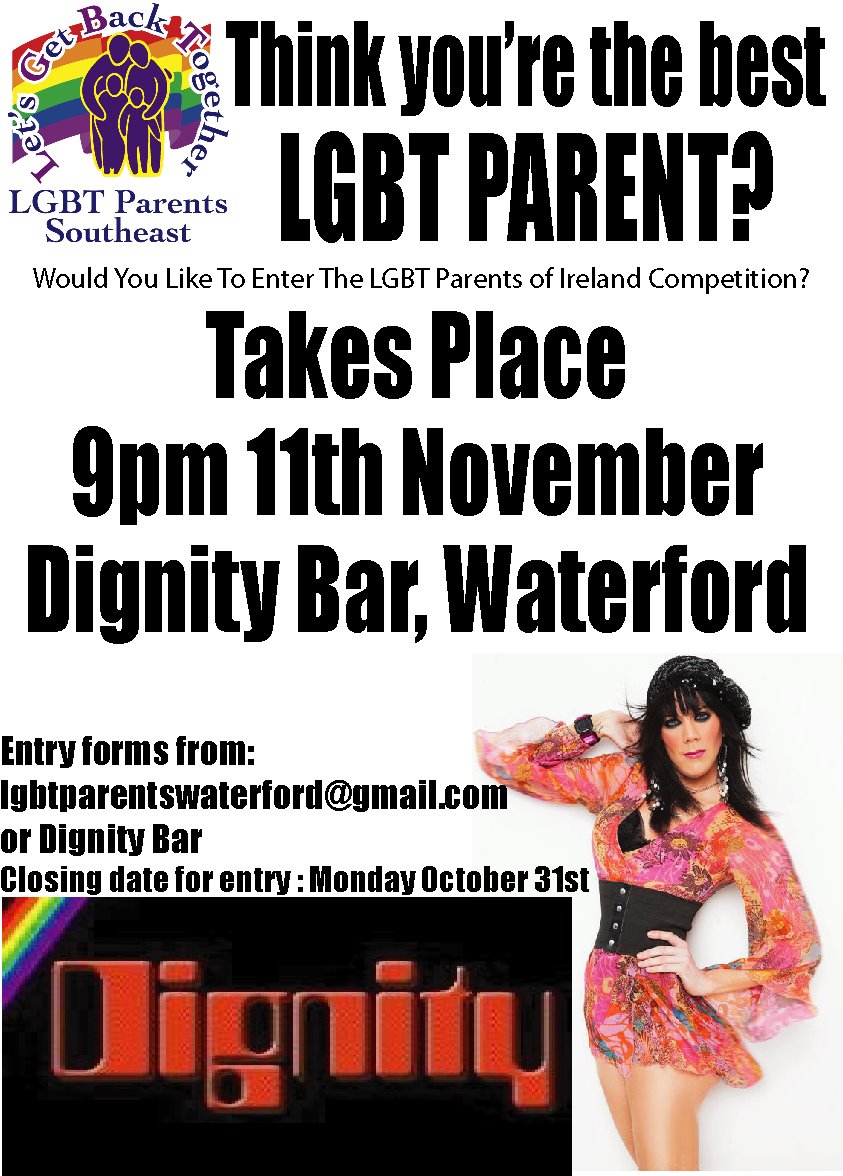 MaryB has been around, loved a lot & lived a little. Thoughts, frights & flights of fancy. MaryB has been there and back again. Yep! there's a little MaryB in someone near you. *** There is a little Mary B Goode in everyone. *** Share your story editor@gayse.net
View all posts by MaryB →
This entry was posted in LGB&, LGBT Parents, LGBTParentsSE, Waterford and tagged 28th October 2011, Kevin Kelly, LGBT Parents SouthEast, Presidential election, Senator David Norris. Bookmark the permalink.