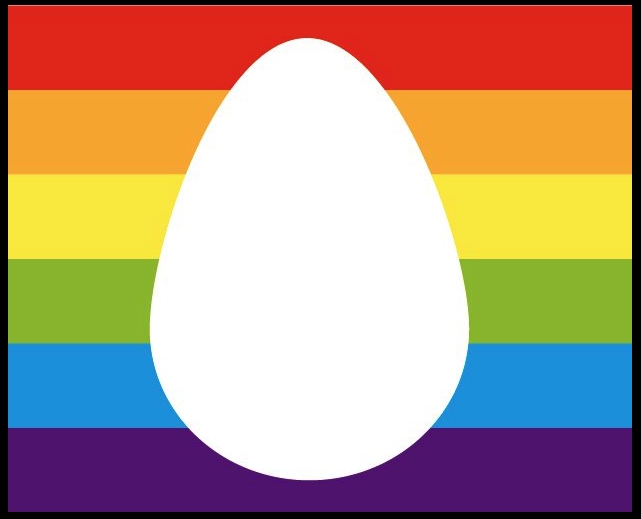 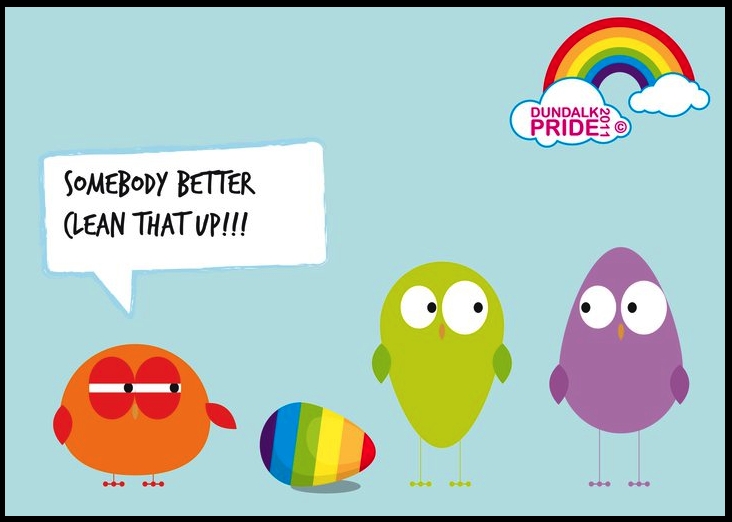 Some birds do straight-talking very well… 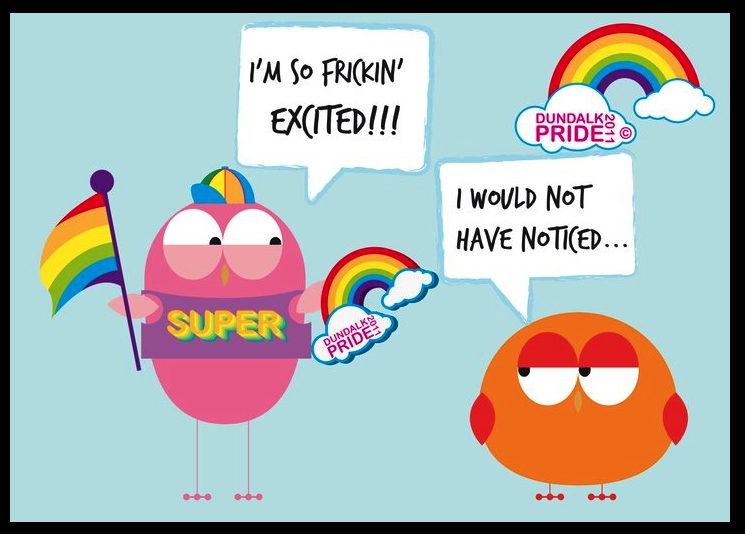 Some things are just too good to hide!

This years Dundalk Pride Campaign
This years pride campaign is centered around the idea of birds. We decided that the prominant thing from last years campaign was the logo and this year we wanted to keep with the logo and form a brand from that and the main colours that flowed throughout. This begin with brainstorming of ideas centered around objects in the sky or that appear next to the sky in a given shot. Bird characters stood out as being something that would have alot of ground for movement.

The birds started off saying stuff that I alone found funny, once I started showing people them in sketch format the AIM LGBTQ (as i am lesbian, gay, bi, trans) youth group began conceptualising different scenarios that could occur with these cartoon characters. The main thing about an LGBT campaign is that it cannot be centred around one gender. Having predominantly male or female characters misrepresent the values of the organisation and as such any campaign made must be all inclusive and avoid gender domination or be ambiguous.

We decided to go for the latter of the two and within our group it became successful. The idea was to engage with the brand or as John Ruddy, Youth facilitator put it “To have fun with it and have a bit of a laugh.”

The campaign is split up into three phases
1-Birth at easter/launching phase of campaign
this is when the campaign kicks off and starts getting put out there for the wider online public to see. It is targeted towards our friends population and the aim here is to network further into friends and family of friends and for the domino effect to start happening

2-Development of recognition
As time goes on more and more publications, videos and ads will appear featuring the characters and the logos. We aim to get these out in as wide a format as we can go to the extent of online, print and small scale merchandise. Time is the greatest factor here. 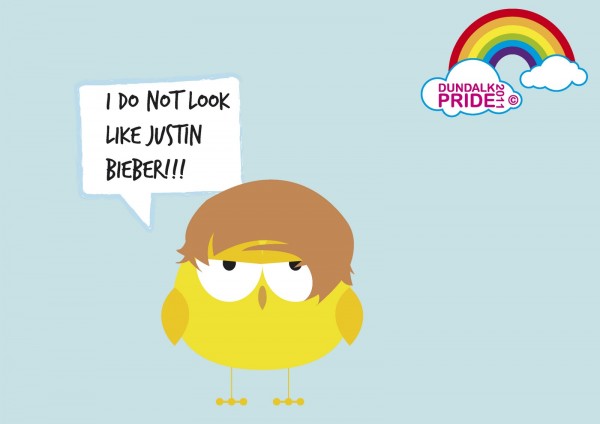 3-Engagement- We used some parodied references from pop culture to build the brand in a fun and engaging way. The bird characters take on personas in cartoons comic strip adverts and historical figures. We do this to add value to what we are doing and send a message out there to be received by the masses.” 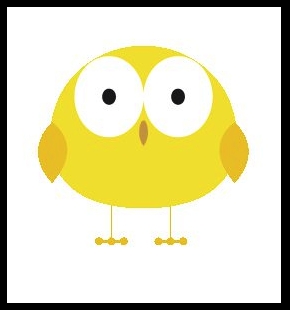 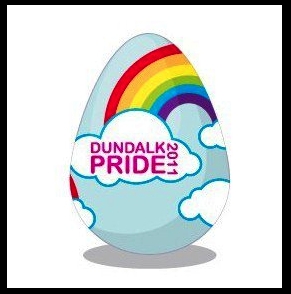 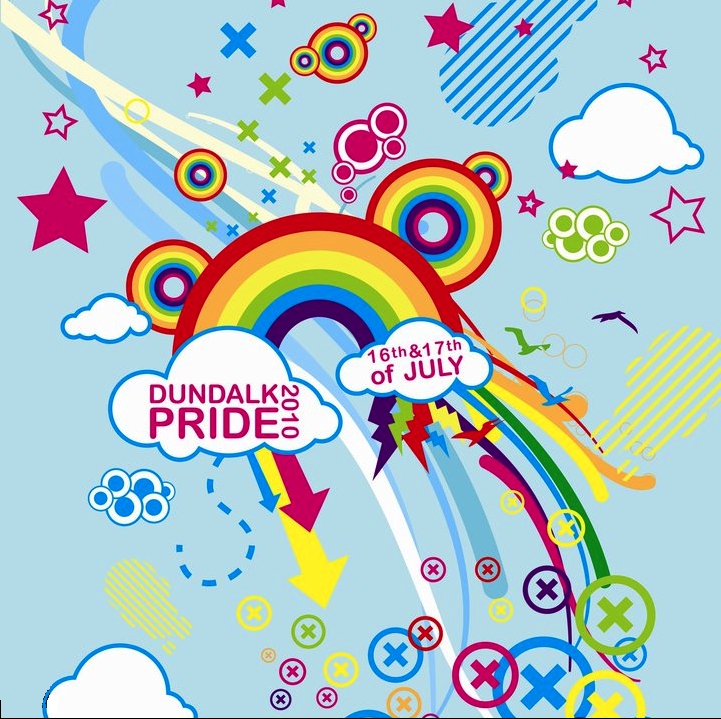